DAWN Taylor was devastated when Clemmie was recently taken away by social services.

Emmerdale fans believe they have found out who the girl’s mother is and that she may have a connection to another villager.

Heartbreaking news made its way to the Dales for Olivia Bromley’s Dawn when the character discovered her best friend Beth had died of an overdose.

Dawn attended the funeral, then went to her friend Jade’s house for the wake – where she found Beth’s daughter, Clemmie, asleep in a dog bed.

Beth and Dawn formed a bond when they worked together in the sex industry before the latter got her life back on track.

But ITV viewers are convinced the late Beth shares a mysterious connection to Amelia Spencer. 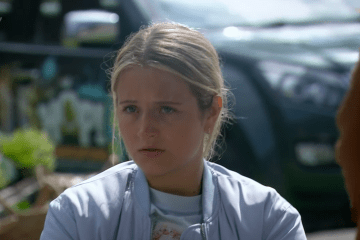 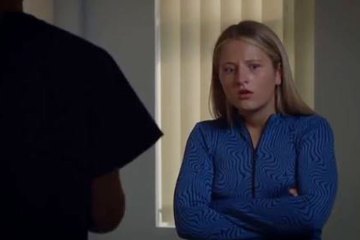 In 2018, the teenager befriended another girl called Beth while hanging out in an online chat room.

At the time, Amelia (played by Daisy Campbell) discovered that Daz Spencer was her biological father.

However, when she stayed at Beth’s house, she was manipulated and cut off from the outside world as her new friend stole her phone.

Amelia got lied to, said no one was looking for her, and lived in misery.

It was then revealed that his father had been killed, shot during a live training exercise, less than ten years prior by Daz.

Amelia’s ordeal finally ended and Beth was sent to prison.

Viewers believe the same Beth was Dawn’s friend because she would have been the right age and under some pretty dire circumstances.

A fan took to Facebook and speculated: “Does anyone else think Dawn’s friend Beth (who died recently) might be the same Beth who kidnapped Amelia Just thinking his apartment looked like Jade’s…”

Another quickly echoed, “Oh, you might be right. Good call back.”

Everything you need to know about Emmerdale

“That might be true. It was a few years ago now!” wrote a third fan.

A fourth viewer chimed in, “Emmerdale makes me think, what if Dawn’s friend Beth was the same Beth who kidnapped Amelia a few years ago?”

Beth looked like Dawn when she first appeared on the Yorkshire-based soap opera.

She was played by Annabelle Kaye from June to August 2018.

The same actress then appeared in the Channel 4 medical drama Doctors and Hollyoaks.

But was Beth really Dawn’s friend and Clemmie’s mother?