EPHRAIM HARDCASTLE: Who is really the hair of the throne?

By Ephraim Hardcastle for the Daily Mail

Is it a royal trait? A coin produced by the Royal Mint to mark William’s 40th birthday in June gives him long-gone wavy bangs. In 2018, he got a trendy £180 haircut from Kate’s hairstylist Richard Ward, apparently tired of his brother Harry’s ribbing over his lack of hair. Alas for Harry, he has his own impending baldness, telling a contestant at the Invictus Games this year that his ginger stubble is ‘doomed’.

The future of Charles’ estates in Transylvania, purchased by the Duchy of Cornwall to help it preserve traditional peasant life, remains up in the air. They now belong to William who inherits the duchy and is less concerned with maintaining the rural idyll. Charles is unlikely to find time for his annual week-long retreat there. Does this relieve Camilla who has only joined him once in vampire country? She remains unimpressed by her husband’s boast that, as he is descended from Vlad the Impaler, he has a stake in the country.

William raised a few eyebrows at the Science Museum, praising his father, the Queen and Prince Philip for instilling a love of nature in him. At the Cop26 climate summit in Glasgow last year, the Queen spoke lyrically about Philip’s green credentials, making no mention of how she saw him shoot a tiger in India in 1961 and saw him kill a crocodile, deer, wild boar, rabbits and many of the estimated 30,000 pheasants he took down during his shooting career. A beautiful swerve of royal reinvention, William? 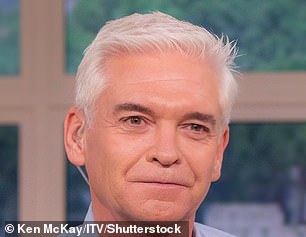 Further humiliation for This Morning presenter Phillip Schofield, pictured, following the loss of his £1million We Buy Any Car promotion.

His £20 Life’s What You Make It tome is on sale at The Works discount store for £1.

Is the King in the bad books of the British Library for not sending it a copy of his Collected Speeches in two volumes at £250? It’s a legal requirement that UK publishers send a copy of every book to the library and it’s now been six years since the HM tome appeared. Which might be just as well, given that as Prince of Wales he mocked the library as “a dark collection of sheds groping for symbolic meaning”.

South African President Cyril Ramaphosa will be accompanied by his wife Tshepo Motsepe on his state visit next month, proving more diplomatically manageable than his predecessor Jacob Zuma who visited in 2010.

Zuma had three wives and wanted to bring them all to Buckingham Palace. He finally agreed to bring one and opted for Thobeka, whom he married just two months before the visit.