A year ago, Dacia unveiled its new emblem and its new brand identity, and today it integrates them across its entire range, delivering on its promise. So the Spring, Sandero, Sandero Stepway, Jogger and Duster get the new “DC” badging on their grilles, along with revised lettering, colors and accents.

The update is not considered a facelift, but does affect the design of the vehicles bringing them in line with the graphics and colors of the recently updated communications hardware and dealer network.

Read also: Everything we know about the next iteration of the Dacia Duster

The new Dacia Link emblem features a symmetrical design for the “D” and “C” characters that looks like a chain and replaces the old shield. It is mounted in the middle of the grille, with matching horizontal lines on each side. These are painted white, instead of the typical chrome, and are not illuminated like in the Dacia Bigster 2021 concept. The new emblem can also be found on the wheel hubs.

As for the steering wheel and the tailgate, they feature Dacia lettering, while the model names on the rear now look like stickers. All models are now available in the Dusty Gray color shown, for a family look. Additionally, the Sandero Stepway and Duster benefit from a Monolith Gray finish on the roof rails, skid plates and mirror caps, accentuating their adventurous look. The company points out that it has not used animal-derived leather in car interiors for several years. 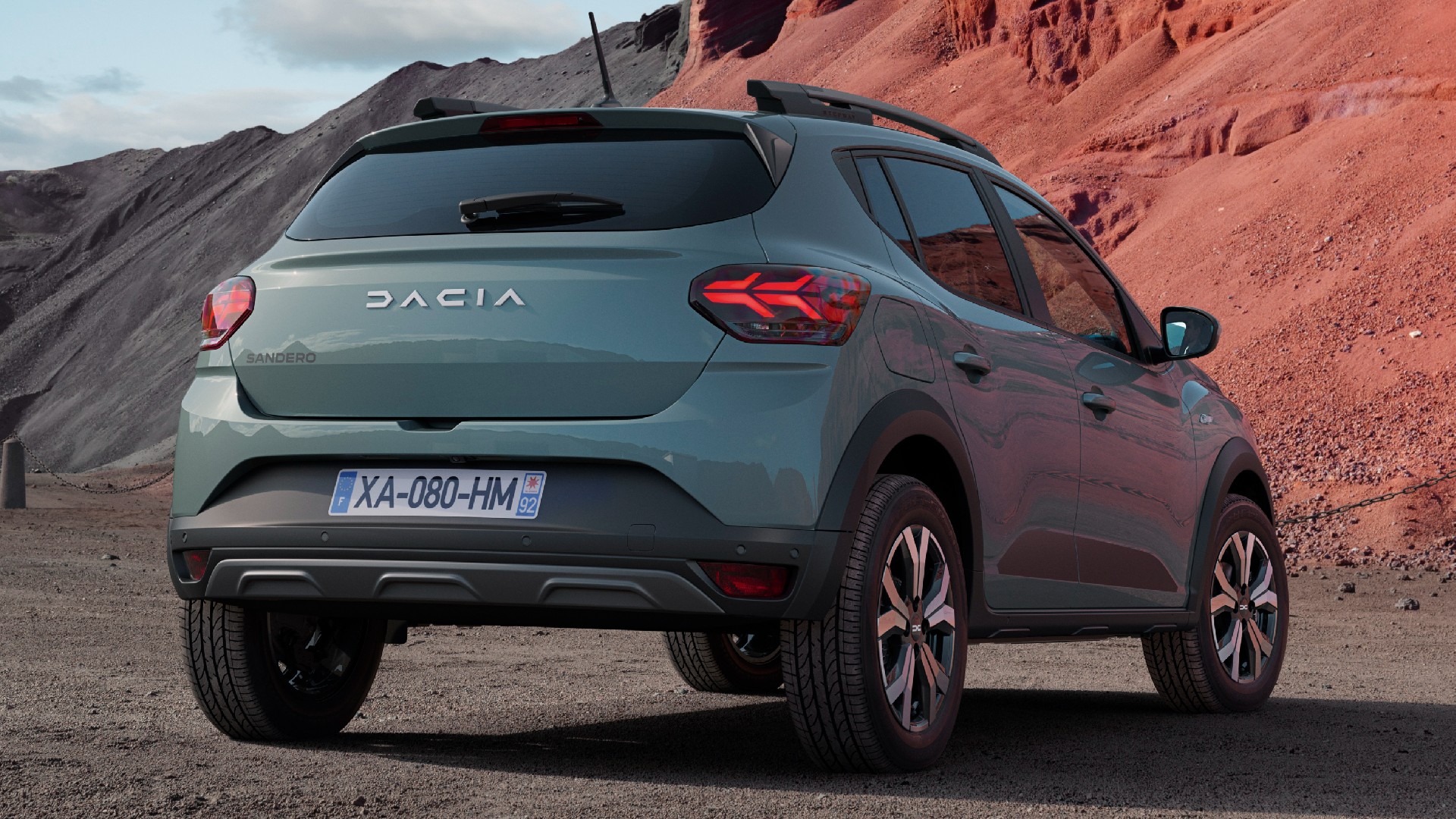 As David Durand, Dacia’s design director, notes, the new logo is “symbolic of the brand’s desire to go back to basics” while the new emblem “evokes simplicity and robustness”.

Orders for the renewed Dacia range open on June 16. The first deliveries are expected in the fourth quarter of the year, after the public presentation of the entire range at the Paris Motor Show 2022 in October. The company also announced that from 2023 all Dacia models will have a top speed limit of 180 km/h (112 mph), in line with the latest Renault group policy.